Its #MyChoice and I shall choose wisely!

Hey everyone! Hope you all are doing good!
Since everybody is going gaga over the #MyChoice video, made by Homi Adjania in collaboration with Deepika Padukone (in the lead), Zoya Akhtar, Anaita Shroff Adjania and to name a few others, aimed at women empowerment, which featured them talking about their choices and why they have their own choices in this otherwise patriarchal society; here I am with my share of review on the same. Its My choice after all! 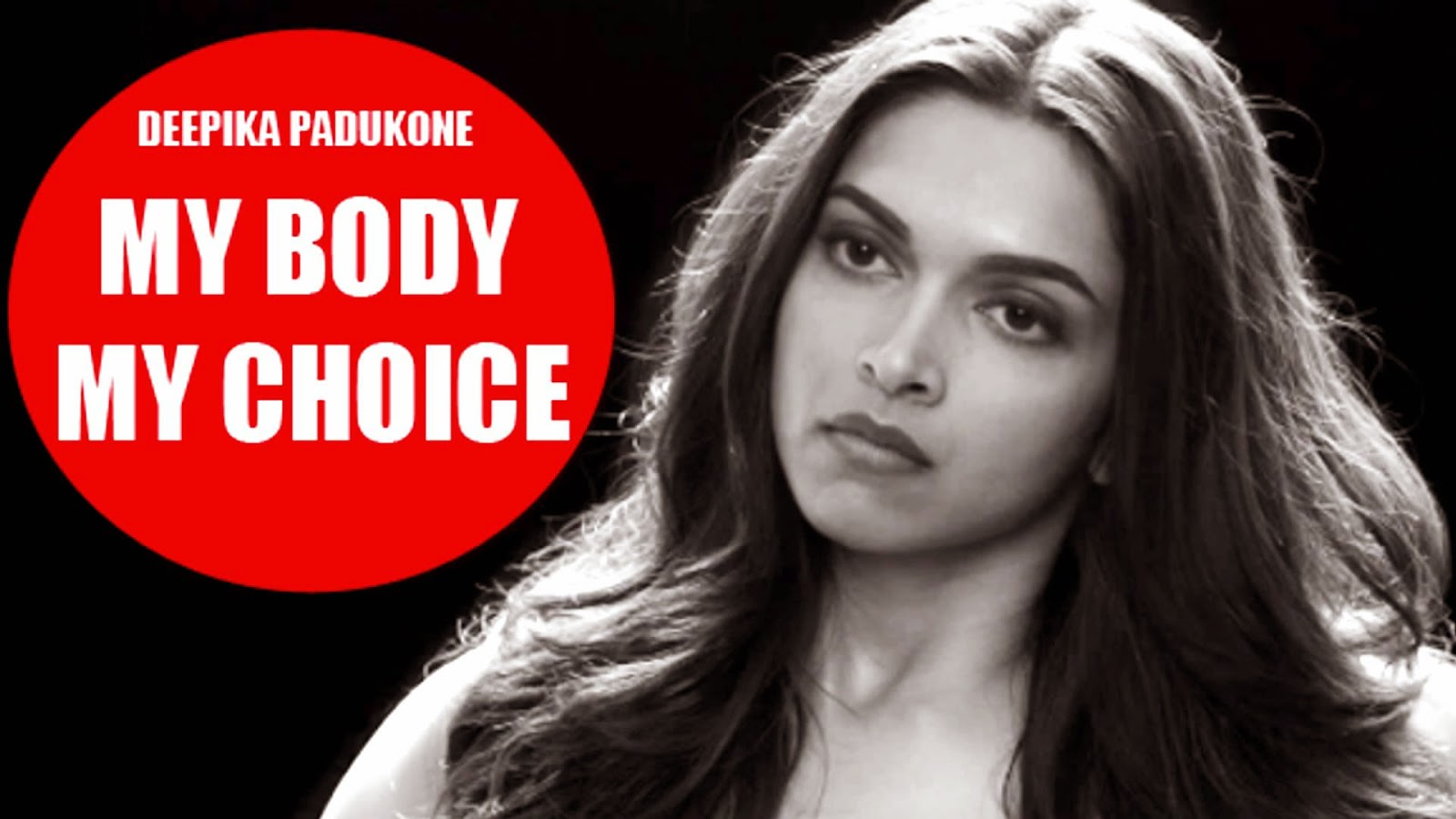 In case you haven't yet watched the video, please do so (HERE).
Transcript: My body, my mind, My choice To wear the clothes I like; even if my spirit roams naked My choice; to be a size 0 or a size 15.They don’t have a size for my spirit, and never will to use cotton and silk to trap my soul is to believe that you can halt the expansion of the universe or capture sunlight in the palm of your hand your mind is caged, let it free, My body is not. Let it be My choice to marry, or not to marry. To have sex before marriage, to have sex out of marriage, or to not have sex. My choice To love temporarily, or to lust forever. My choice To love a man, or a woman, or both Remember; you are my choice, I’m not your privilege. The bindi on my forehead, the ring on my finger, adding your surname to mine, they’re all ornaments and can be replaced-- My love for you cannot, so treasure that. My choice to come home when I want. Don’t be upset if I come home at 4am. Don’t be fooled if I come home at 6pm. My choice, to have your baby or not. To pick you from 7 billion choices or not. So don’t get cocky. My pleasure might be your pain My songs, your noise My order, your anarchy Your sins, my virtues. My choices are like my fingerprints They make me unique. I am the tree of the forest I am the snowflake not the snowfall You are the snowflake. Wake up Get out of the shit storm. I choose to empathize. Or to be indifferent I choose to be different I am the universe Infinite in every direction. This is my choice.

Many of you know that the video has not only gone viral, but it has stirred up a hornest's nest and created a tsunami of opinions (my facebook feed is still reeling under the assault). Well, I appreciate the sentiments behind women independence but I also believe that the video could have actually featured women from ALL walks of life, and focusing on REAL problems rather than a CONTROVERSIAL demand. To add the portraits of 3-4 tribal women to hint their involvement (and approval) in the demands put forward in the video is misleading to say the least. 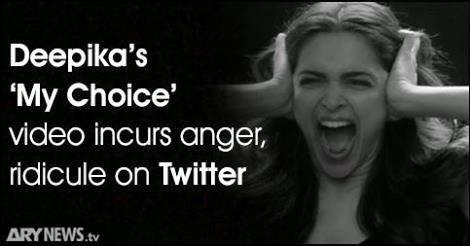 Also, I have a question, Why do we find it so appealing that the video has gone amazingly viral?
Many of you might say, it is because India is a misogynistic country with a patriarchal set up which needs to be set right; because Indian men are so lecherous and do not respect female specially, at all. Hence, hard hitting pictures of menstruating girls, videos bearing social messages starring Bollywood stars MUST go viral to drill some sense into the Indian system. But I feel, just because you are a woman, it doesn't mean you can make choices that please you without caring a zilch about people around you. No man has never taken responsibilities to protect and provide off men's shoulders so this whole freedom of choice to women just because they are women is nothing but asking freedom to do things that have always been labelled "wrong" when done by men. Men and women are differently equal and never completely equal. Come to think of it, how can two genders be so different that what is considered infidelity and sexism for one, becomes "choice" and empowerment for the other? When did adultery become feminism? Isn't feminism about breaking even with both the genders rather than pulling one down? The effort seems to compete with men at any cost possible. 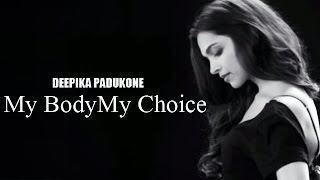 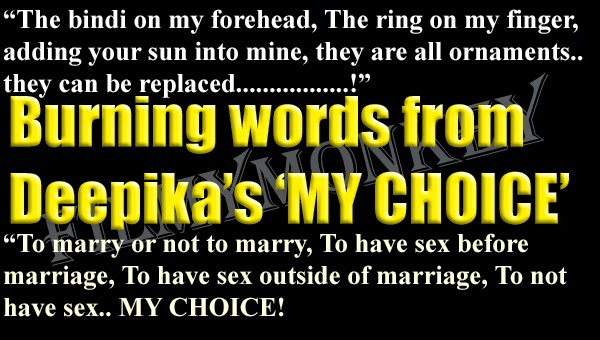 The video majorly started to irk me when it indulges in unabashed selective usage of the word "choice"! I personally love Deepika Padukone as an actor and I think she looks really good and convincing in whatever roles she performs. But then again, that is precisely why this video got me really worried, both for the female audience and for Deeika Padukone's own image. For no particular reason, her over enthusiastic PR team has been trying hard to project her as the new 'feminazi' which she absolutely does not need to become! Yes, we all stood united with her in her ugly spat with TOI or participation in AIB roast or depression issues because there was a woman conveying heartfelt messages to an audience who loves her as a person. However in the 'Vogue empower' video, Deepika parrots lines which she must not have given a hard thought to, because if "absolute freedom of choices" is what she supports, she has not only failed herself but also her supporters as again, it was TOI's choice to gain clicks out of her cleavage.

We need to understand that there is a very fine line between freedom and absolute choice, and that absolute choice can have multiple connotations, good, bad or ugly. The video can never be justified as empowering, not with Vogue's name on it, not with Deepika Padukone hooking her bra, and most importantly never on the pretext of feminism. In my opinion, choices come with responsibilities. You should always make your choices wisely. (And of course there are consequences to the choices you make). You need to think about what you want and how it will affect the people who you truly care about. 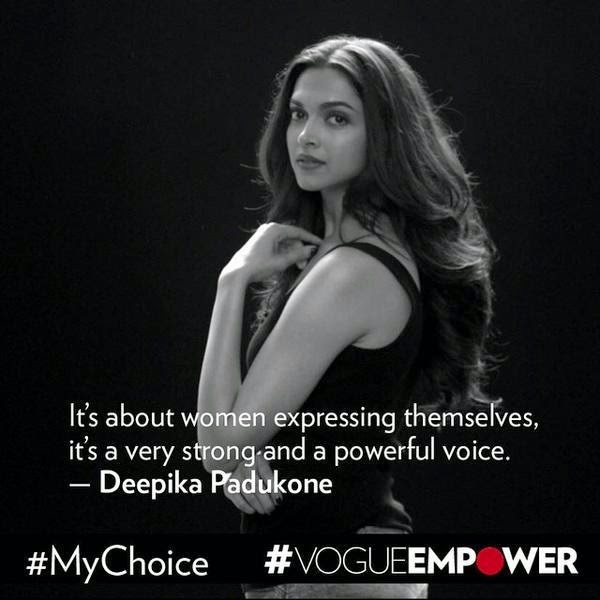 While Deepika Padukone stands out as the face of the video, the video had the social media platforms divided into two halves- one which supported Deepika-Homi's attempt at empowering the women and the other which sparked a protest against the impractical claims made in the video (You must have by now understood, I'm writing on behalf of the latter group). The video went from being celebrated, to being ridiculed, and the logic of it from stereotypical to bizarre in a very short span of time. Accused of being a tad bit ‘female chauvinistic’, the video has sparked an online debate on the line that needs to be drawn in feminism.
Most people seem to be outraged basically because they have a problem with three things : 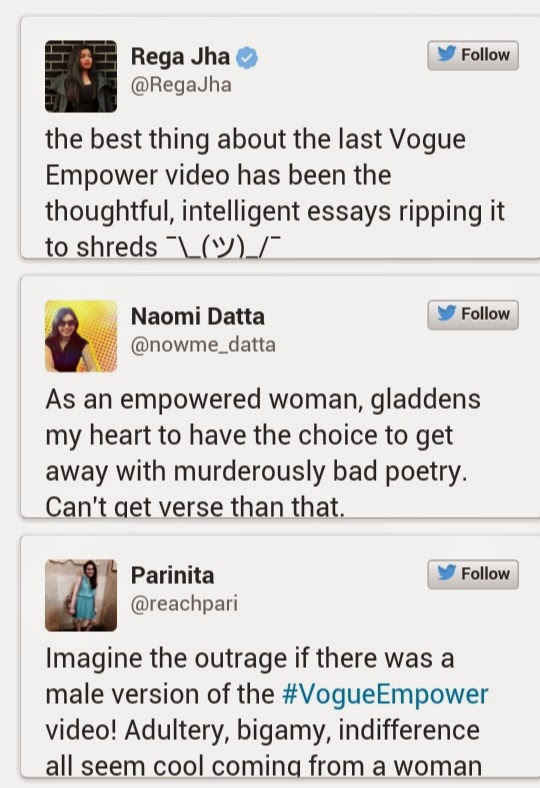 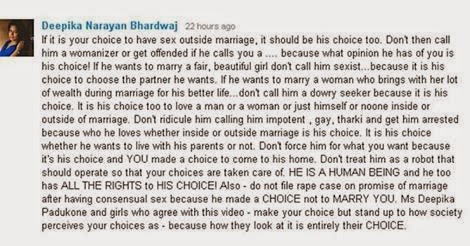 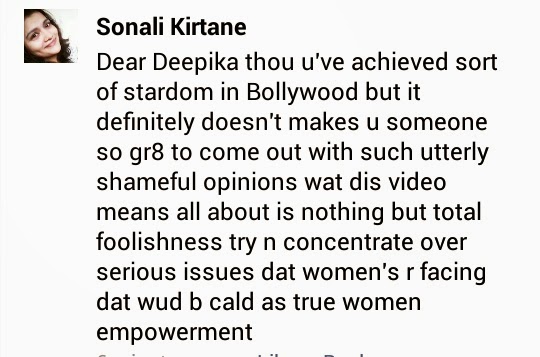 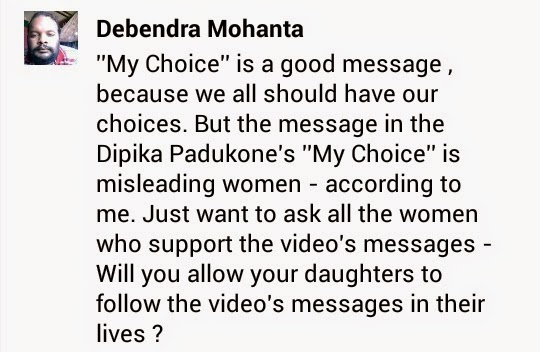 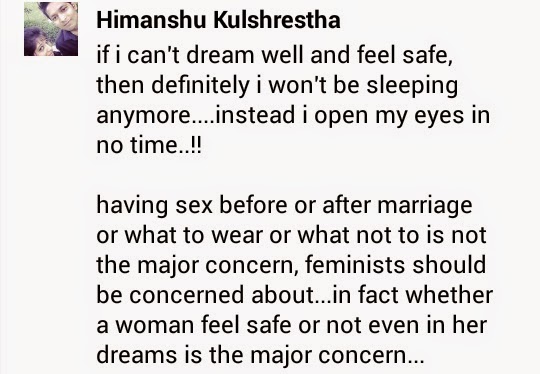 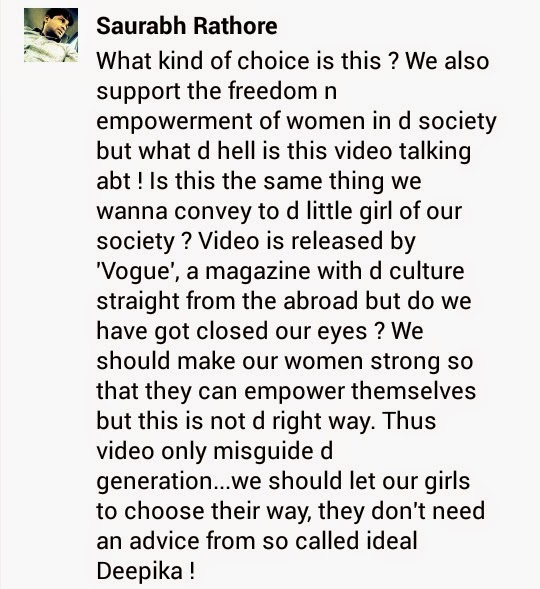 There is even a guy who has gone ahead and made a video which is the male response to it (watch HERE). And another guy who has quoted a comment from a woman  that says if he wants to ask for a dowry, it is his 'choice'. 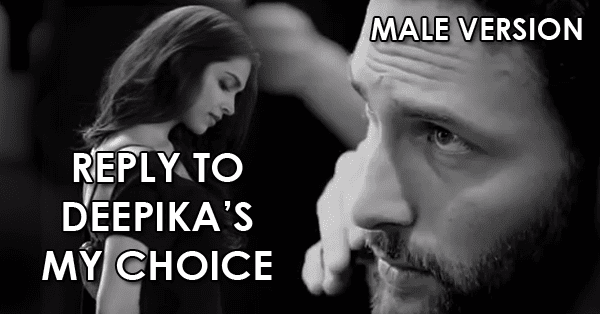 What is noteworthy is that most of the opinions, blogs, statuses and tweets against the video are from influential men and women in India and the very fact that it makes so many women uncomfortable (and so many men too) is something to think about.

Well, I shared my opinions because it was My choice, You read it...it was Yours. Now you abuse the balls out of me or spare a moment of thought, its again Your choice. Because that is the beauty of living in a democracy. It gives you choices, irrespective of gender. And, as far as this video is concerned, all men and women have caged minds and freeing them is Deepika Padukone and Homi Adjania's CHOICE!

Note : All opinions expressed are my personal and I do not force anyone to agree or disagree with me. 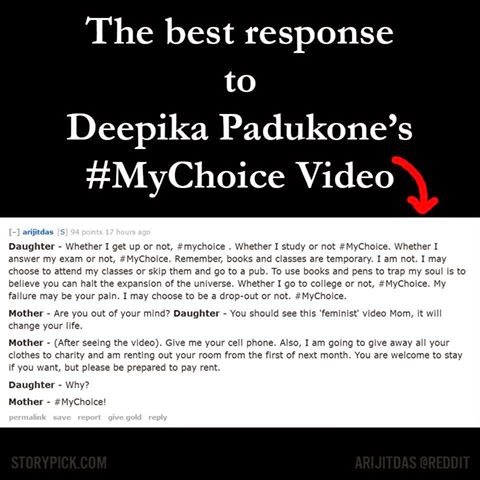 Shubhi Garg
Lucknow, India
29, Digital Marketer. Lifestyle Blogger. I only write something when I feel strong about it or think it should reach people in any way! I was inspired by some enthusiastic content curators, and I'm out here to inspire more like myself. :)