PINK is the new BLACK.

The other day, I was in college the other day, sitting with a few friends and we were discussing about how this phrase PINK IS THE NEW BLACK has gone viral all of a sudden and we didn't really know what it meant. Also, I've heard this phrase said so many times and I now wonder who originated "pink is the new black" in the fashion world? And I have this curiosity to know about things before my friends get to know about it, really don't know what this competition man! :P So I tried to find it out, and when I did, I thought of letting you know about it too, since I love sharing knowledge! 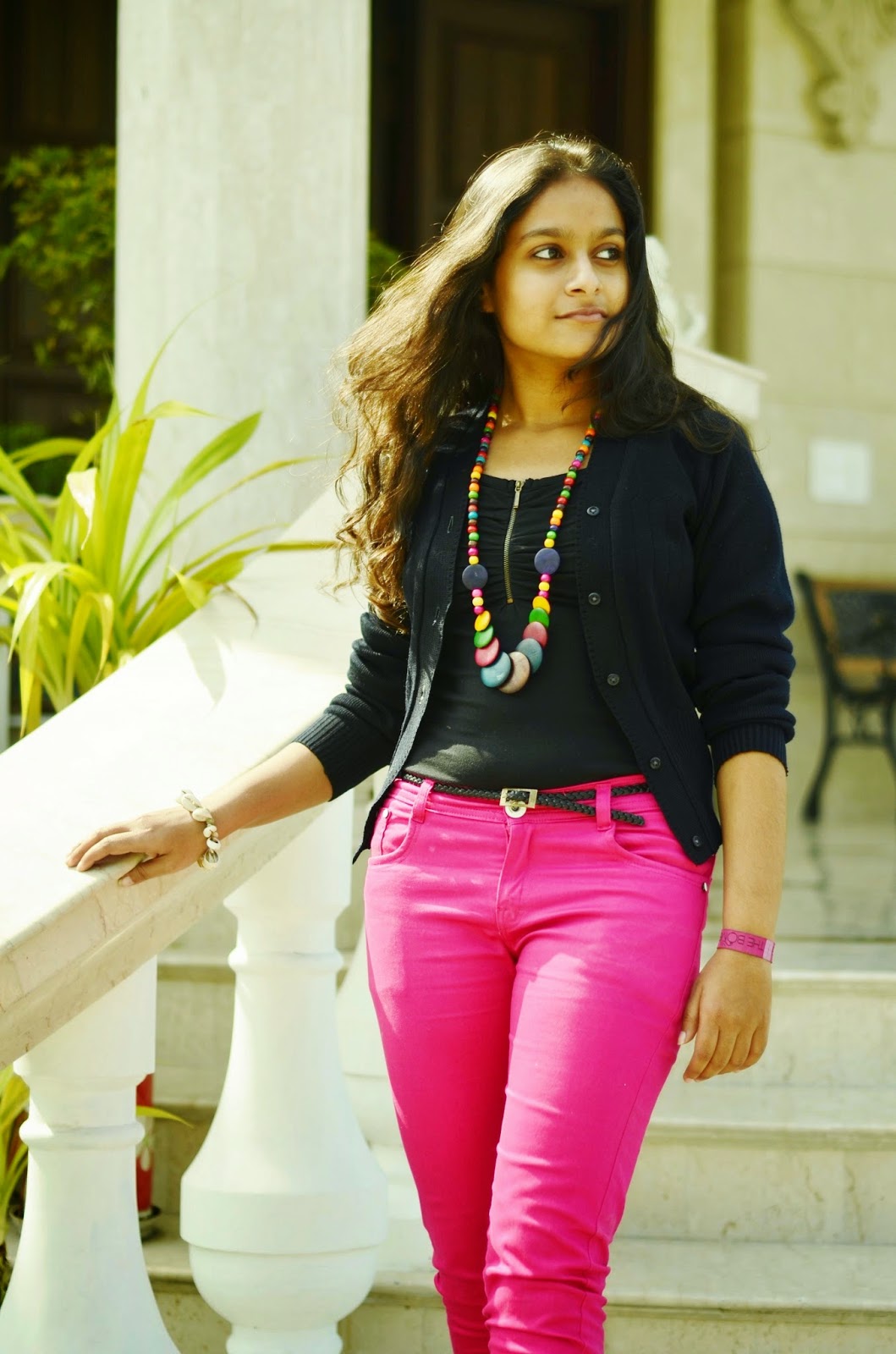 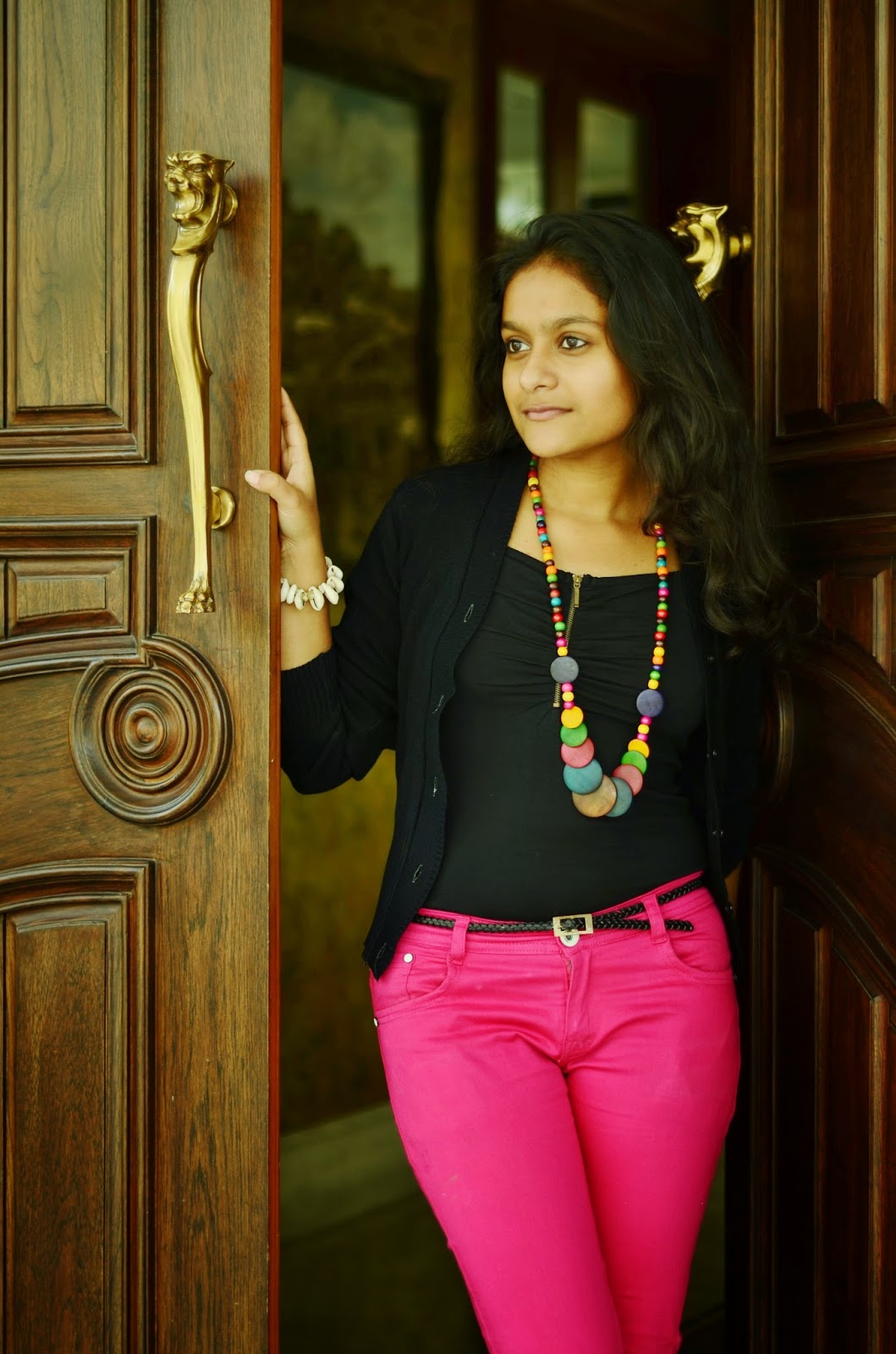 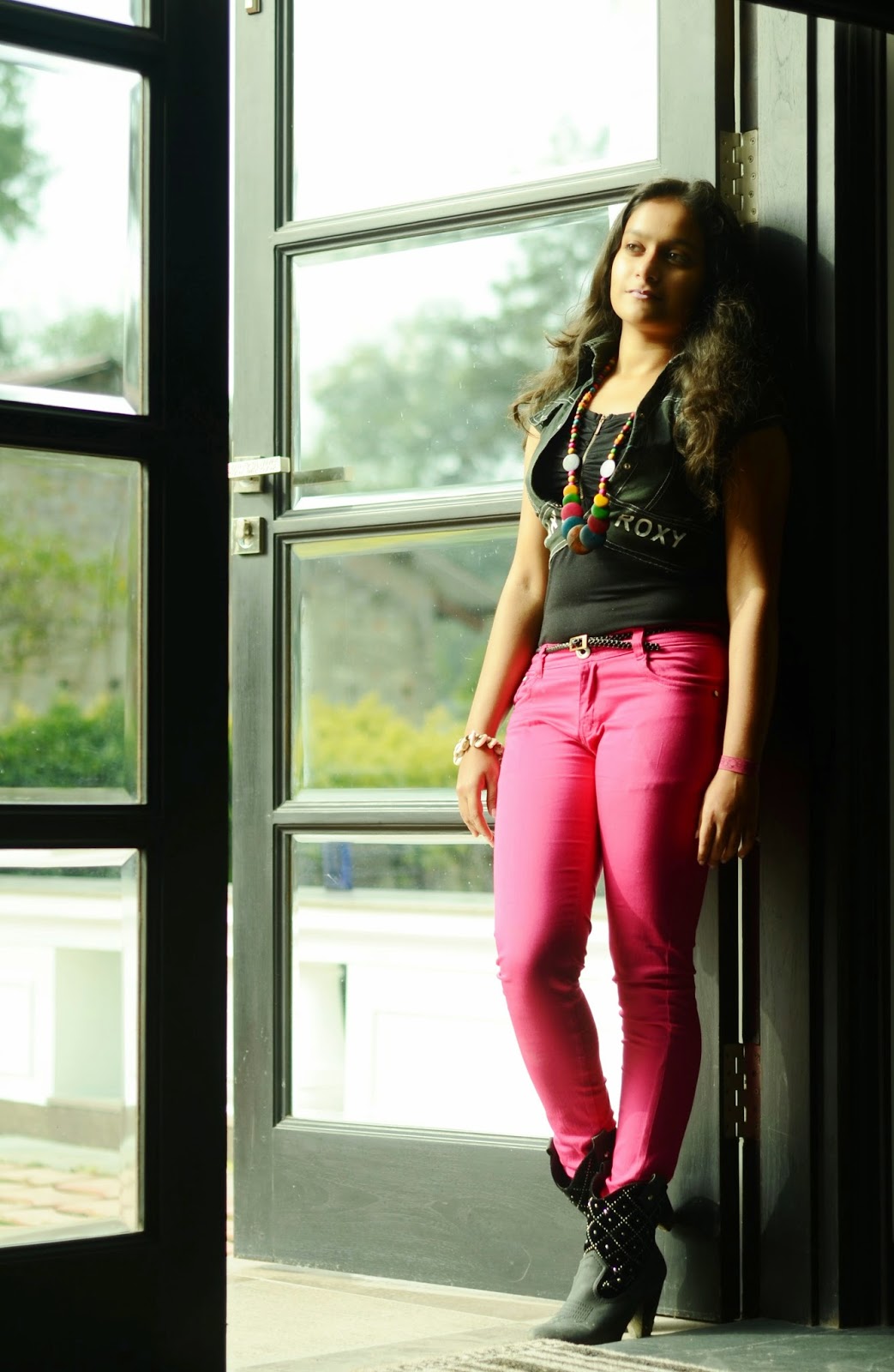 
What I found out was, that the phrase seems to have become cliched in the very instant that it was said, so whoever actually said it first was completely lost in the swarm of parodies. Language Log tracks the references to fashionista Diana Vreeland, but nobody can turn up any actual citation where she said it. She said vaguely similar things dating back to the 1960s, but not that particular phrase. In fact, linguists have been trying to track it down, but the earliest references seem to come from the very late 70s. However, those references are already using it ironically.


But what does the phrase mean?


Its often said, "if you can't find an answer to a question, which no one knows, you can create your own answer, after all whoever created the answers to other questions in the world are also human beings". :D So, here I am ready with my answer for you all to really know what PINK IS THE NEW BLACK really means. "The new black" is a reference to the phrase "pink is the new black", which spawned multitudes of snowclones.
One of the altitudes are PINK, which is a very strong color. What I feel is anything is possible with sunshine and a little PINK, it can be youthful, fun and exciting. Toning down the passion of red with the purity of white results in a light, tender color associated with romance, sweetness and happiness, whereas BLACK isn't just a color, its an attitude.

And when I answered the question "what does the phrase mean", I was reminded of the other one where me and my friends were asking each other "who actually gave the phrase PINK IS THE NEW BLACK". After a lot of research, I found out the phrase is commonly attributed to Gloria Vanderbilt, who upon visiting India in the 1960s noted the prevalence of pink in the native garb. She declared that "Pink is the new black", meaning that the color pink seemed to be the foundation of the attire there, much like black was the base color of most ensembles in New York. Also, Karim Rashid, who is an industrial designer (to say a very famous man in the fashion world) said, "Pink colour is one of my hallmarks. I don’t just put it on my objects and interior decoration, I even quite often wear it. The GQ magazine said that I’ve made it masculine – although the major part of people associate it to Barbie. Pink is energetic, fulgent, engaging and a moxie to the masculine world that dominates our built landscape. There are so many variations and shades of pink for every mood, even person. Pink also clearly communicates the idea of immateriality, entropy, energy and strong optimism. PINK IS THE NEW BLACK!" and that answers my question so fluently. Wow! 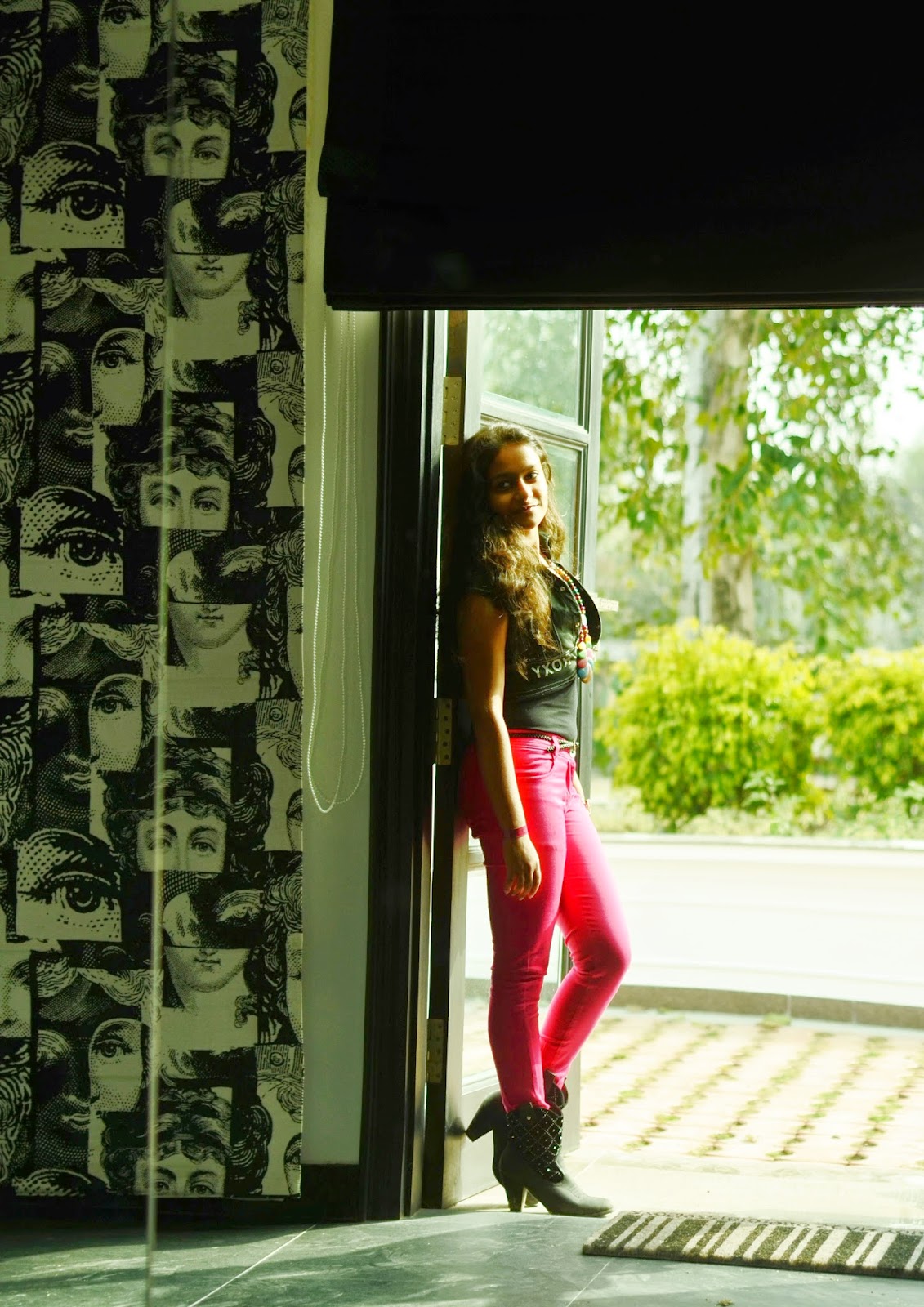 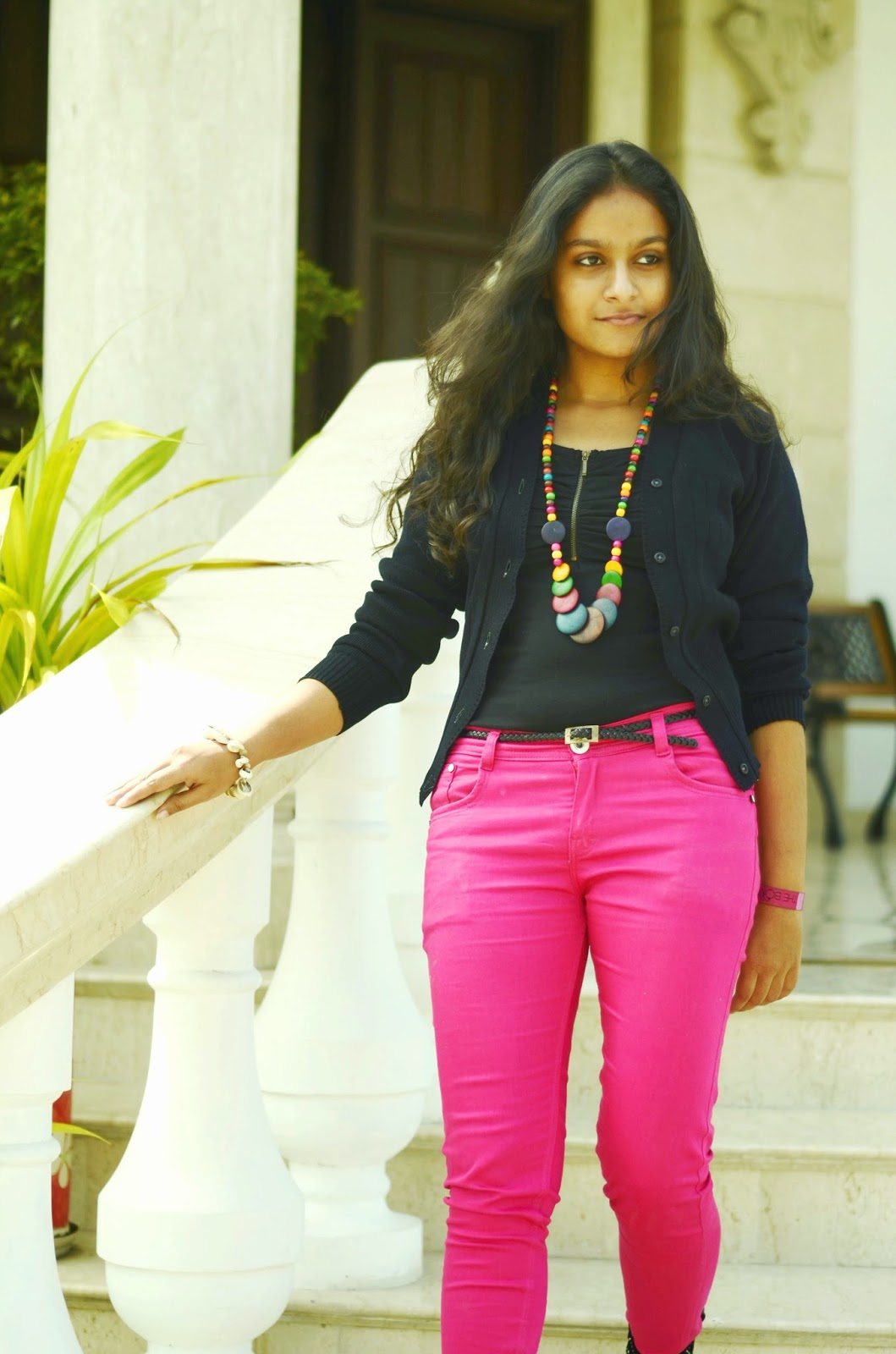 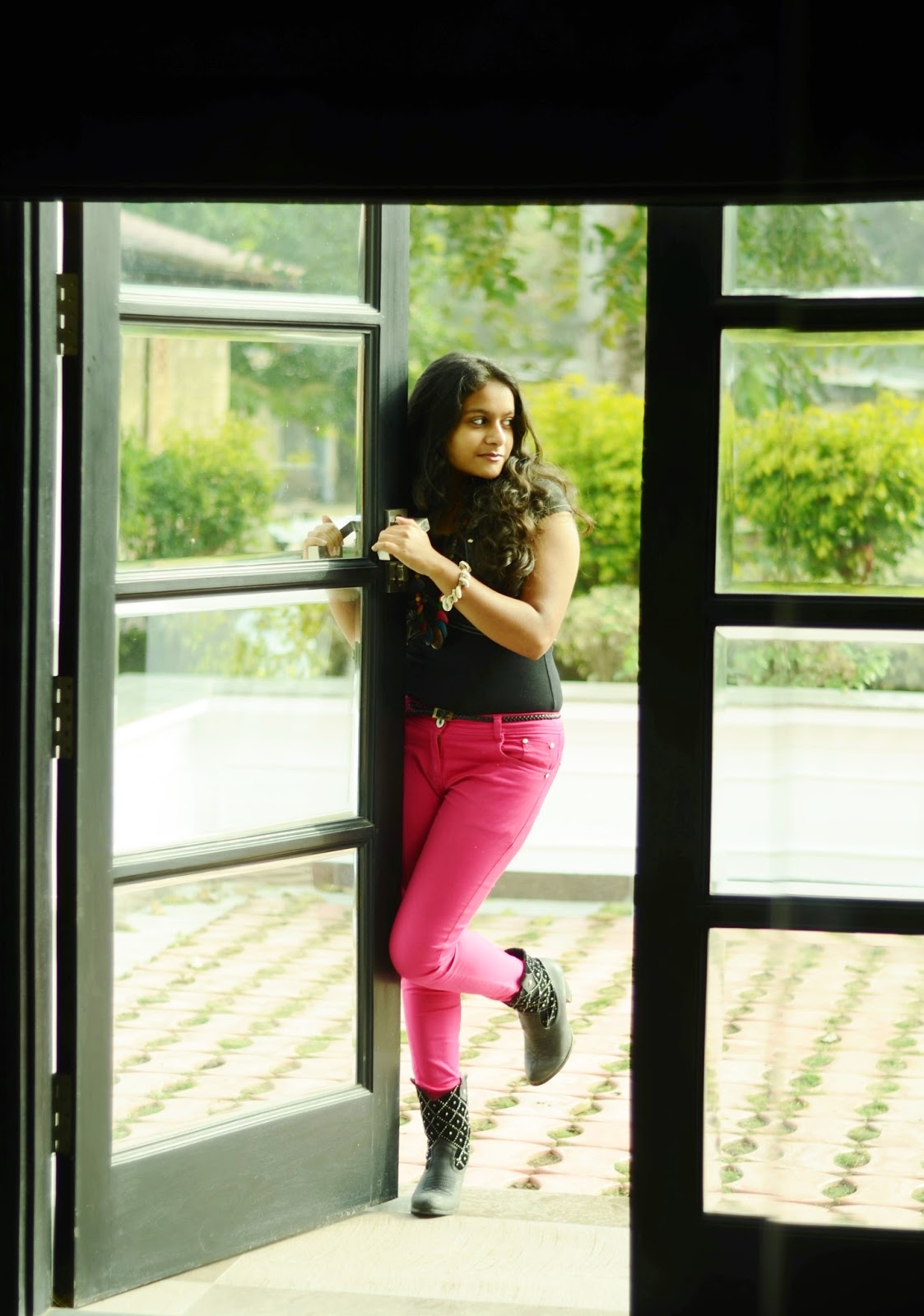 Since I like to wear a lot of black in winters, I've teamed up my new pink pants with a black spaghetti & a sweater/shrug which keeps me warm enough because I'm packed from head to toe, and at the same time stand out in the crowd because of the bright colored pants. It's not like only some people can carry hot/bright colored pants...if u have the confidence, you can carry it too. The boots are really comfortable and give an edge to the whole look.

Hope you had fun time reading the whole segment. Go out now, buy some bright colored pants and add an oomph to your whole look. Don't forget to drop in some comments telling me what do you think about my outfit. :) Have a great great day!!

Shubhi Garg
Lucknow, India
29, Digital Marketer. Lifestyle Blogger. I only write something when I feel strong about it or think it should reach people in any way! I was inspired by some enthusiastic content curators, and I'm out here to inspire more like myself. :)