Wait! Did we just read 'Hyderabadi food'? One of the most exciting cuisines in India, or should we boast like it and say around the world? Yes, the food and beverages team at Renaissance Lucknow Hotel has managed to bring down the authentic flavors from the city of Nizams to city of Nawabs to savour!

Hyderabad is hugely admired for its sophisticated, spicy and absolutely scrumptious cuisines. Like any other historical city, the food of Hyderabad blends royal zest with regional tang and delivers a mouth-watering potpourri of Andhra (now Telangana) specialities and Hyderabadi cuisines that is loaded with spices, ghee and dry fruits and displays the indigenous culinary tradition of the land. Since centuries, Hyderabadi food has attracted bon vivants with its delicate taste and aromatic flavor. The food platter of the city of Nizams not only boasts of local zest, but is also influenced by the culinary traditions of Persia, Arabia, Afghanistan and Turkish nations. 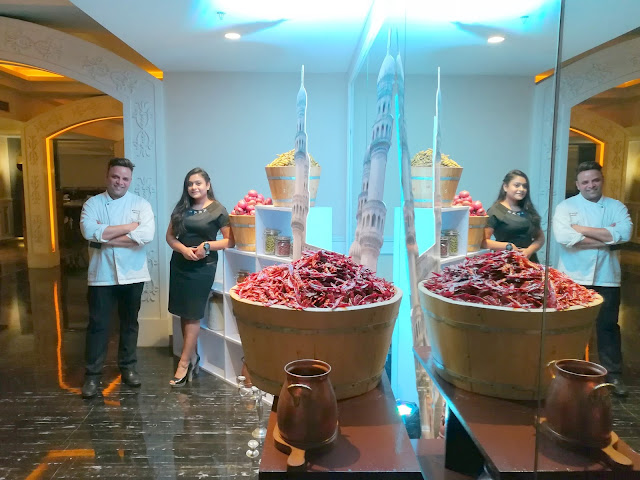 Upon my recent visit to the Sepia restaurant, situated on the third floor at Renaissance Hotel, I was treated with a smorgasbord of finger-licking delicacies straight from the aesthetically curated Hyderabadi menu by Chef Moshin Qureshi and his team, where they beckon its guests to come and experience a 'Shahi' fine dining event. From delectable kebabs to heavily spiced curries to highly aromatic biryani, the on-going HYDERABADI FOOD FESTIVAL at Sepia is a delightful haven for the foodies! Scroll down below to take a look at what all I tasted..

Of all the Muslim cuisines, Hyderabadi is the only cuisine in the sub-continent that can boast of a major vegetarian element. Well, I could sense that from the starters, and it continued till the main course. But first things first, I was served some delightful looking Paalak Anjeer Kebabs which were basically made of spinach + green chilly + coriander + lemon leaves + mint soaked all night and made into a paste, and binded into kebabs while filling them with anjeer (figs) and khoya, blended with spices that burst flavours in your mouth. And, similar was the case with the Veg Shikampuri Kebabs that melted in the mouth right as you feel the taste of cumin, cloves and cinnamon rolled into bengal gram lentil. Lastly I tried the Hariyali Paneer Tikka which was grilled perfectly on the sides, but became coarse on the centre, but were beautifully marinated in the green paste with subtle spices and tasted just yum! 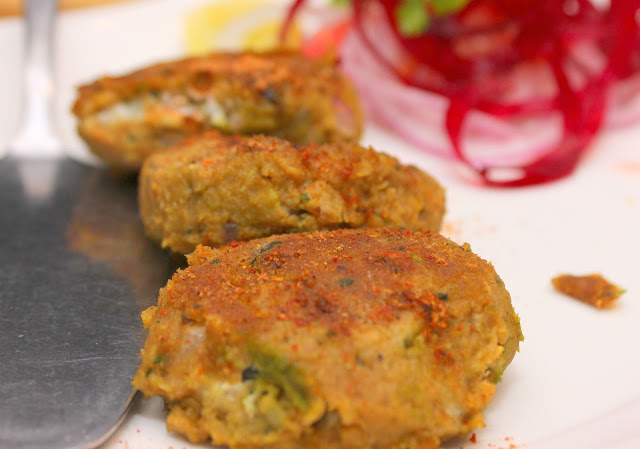 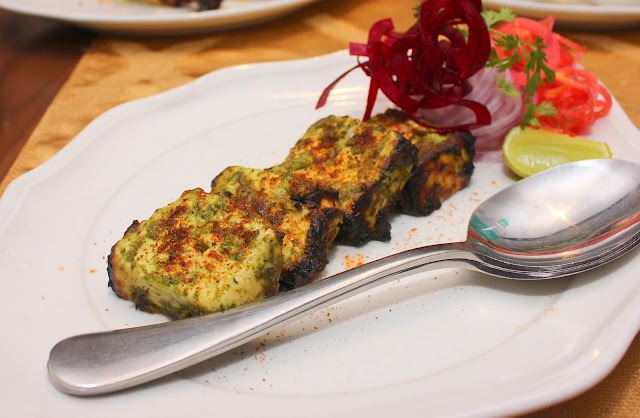 Hyderabadi cuisine contains a variety of ingredients that are commonly used, ranging from vegetables, spices, rice flavors, fruits etc., with tomato and tamarind being the most commonly used ingredients. So, among the widely displayed main course, I chose to taste some Bhaghare Baigan (a dish consisting of stuffed eggplant with grounded peanut-coconut mixture, cooked in a rich and creamy paste) with the other dishes including the very famous Mirch Ka Saalan, (gravy with bigger green chillies as the core ingredient) Khatti Daal (whole gram lentils boiled with tamarind and curried with tomato and other spices), and Paneer Khatta Pyaza (cottage cheese with pearl onions in a tomato based curry topped with mint). Each of the dishes were rich in taste and texture with mouth-watering aromas, and relished with breads that included Roghni Naan (a soft, fermented crisp bread with a tinch of sweet and salt), and Muraani Naan. Highly delectable, I must say. And to top it all, came the Subz Biryani (vegetable biryani cooked with the dum pukht technique) that tasted nothing less than what the non-vegetarian could substitute on a 10/10 scale! 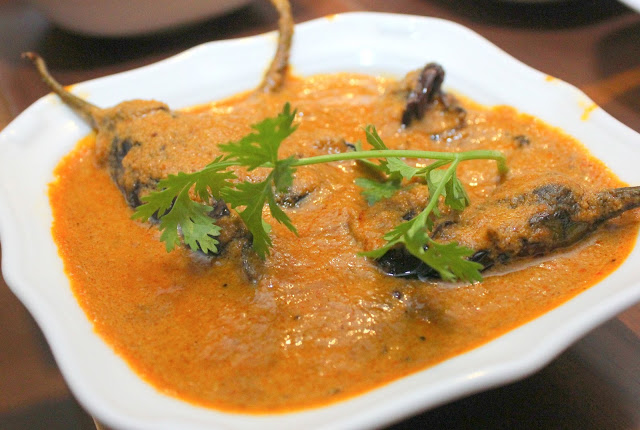 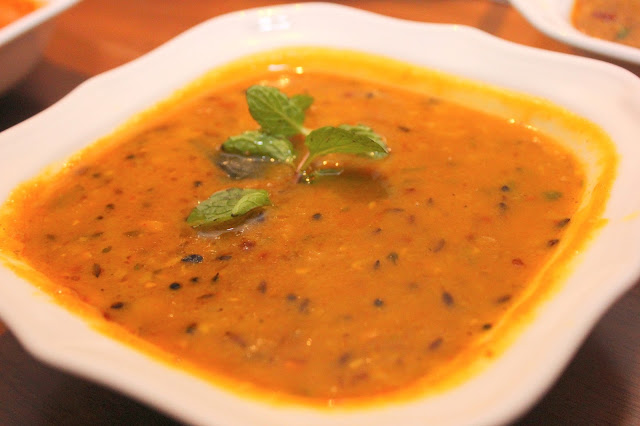 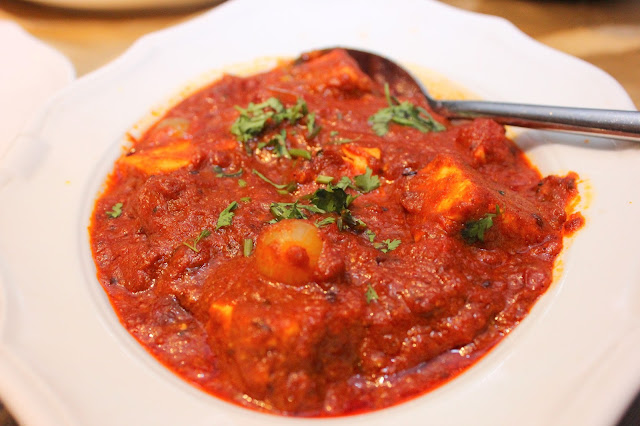 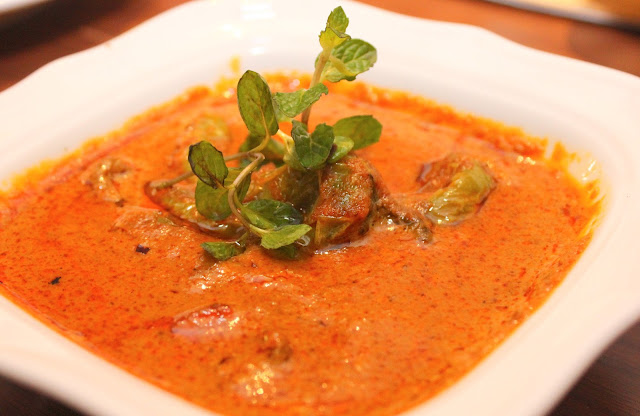 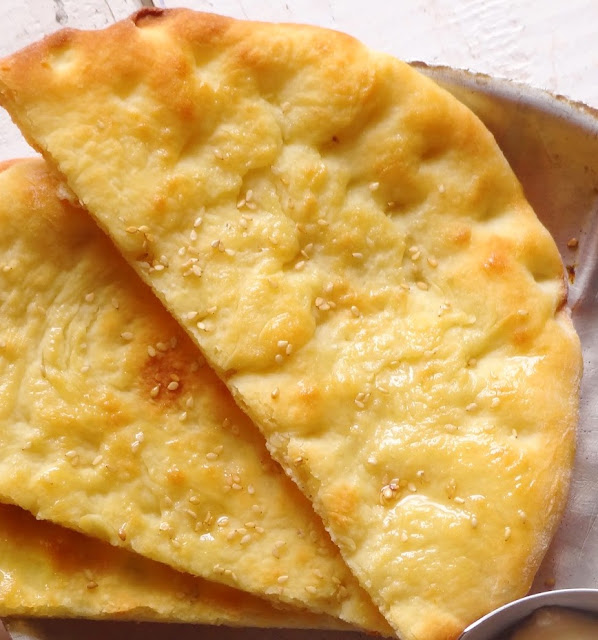 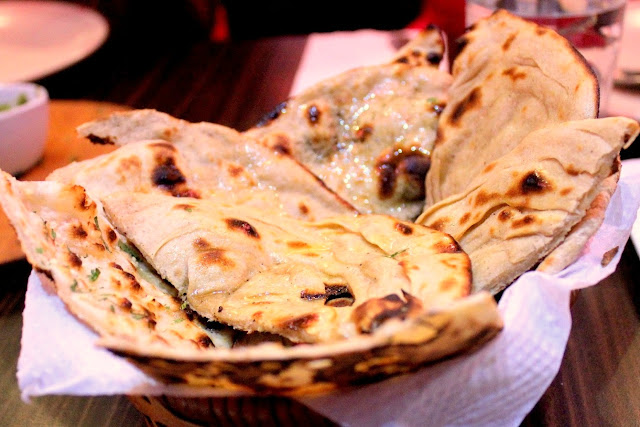 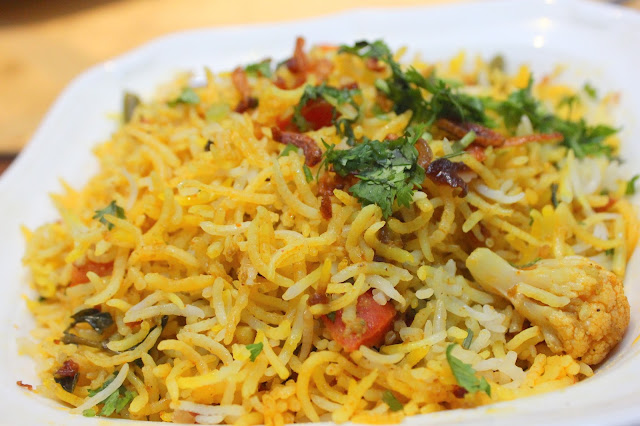 There is literally no better way to end a royal meal than slurping off some derivative desserts from the city of Nizams, that included Khumani Ka Meetha (an apricot pudding, topped with almonds and cream) and Double Ka Meetha (Bread toast pudding, topped with dry fruits and cream). The apricot pudding being a fruit based was however a bit too sweet than the other one containing just the right amount of sugar to resolute with bliss! 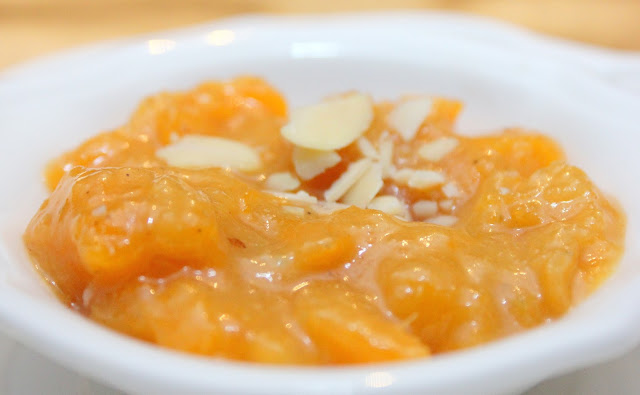 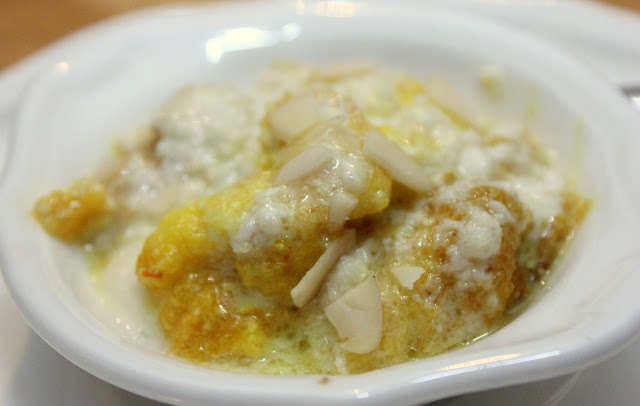 One thing that bowled me over this time at Sepia was the decoration at the entrance. The global icon of Hyderabad, the CHARMINAR stood tall on a cut-out surrounded by pots and buckets filled with pickles, chutneys and whole spices, displayed to give an authentic touch to the festival as running inside a dimly lit Awadhi restaurant with a sophisticated ambience that included LIVE music to add to a fine dining experience! 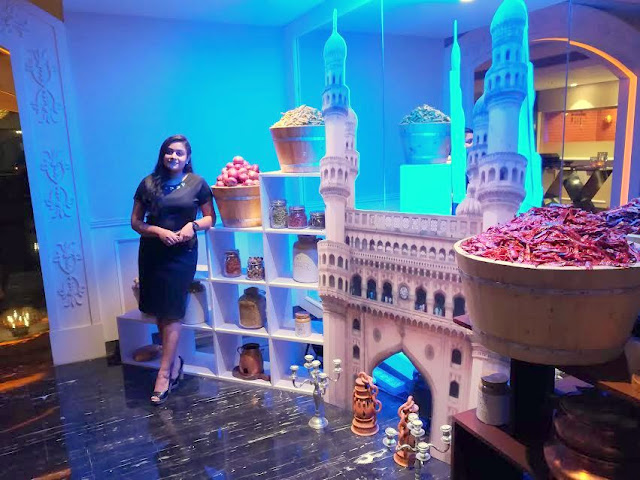 The decoration at the entrance 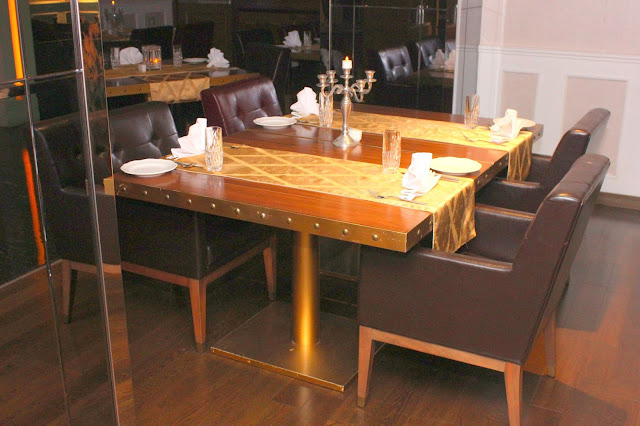 The table I chose to sit at, diagonally opposite the musicians' dais. 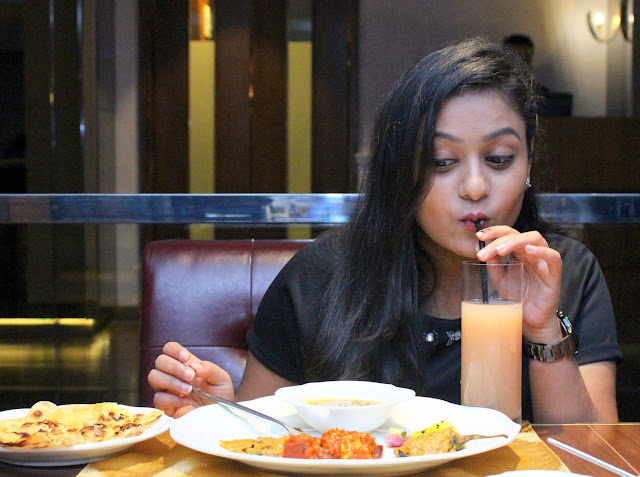 Clicked while sipping some guava juice, waiting to hog on the main course.

I hope you enjoyed exploring this post, but must have missed reading about non vegetarian food, right? Well, for all you non-veg lovers, my friend Azman Khan reviewed it entirely for you in his LIVE video session on facebook. You can CLICK HERE to watch! PS :  The Hyderabadi Food Festival is up till 26th February, 2017 at sepia restaurant, so you can go and experience it yourself. Make your bookings HERE, and do share your experience with me! :)